ICHI Liquidity Rewards are Periodically Cut in Half

Note: LPs in 'gas saver' pools do not have to claim ICHI rewards prior to halving to receive the pre-halving level of rewards.

1.Are any pools unaffected by halving?

A pool-specific reward schedule may be passed by the community. For example, the oneWING-USDC pool received 0.2 ICHI per block for 500k blocks as part of an agreement with wing.finance. This, or similar proposals, may cause a pool to be unaffected by a specific halving.

2. Why have halvings at all?

Halving is a way to distribute the dwindling supply of ICHI without ceasing liquidity rewards. The theory of halving works like this: the liquidity reward is halved → half the inflation → lower available supply → higher demand → higher price → liquidity incentive still remains, regardless of smaller rewards, as the value of ICHI is increased In the process.

3. Why are ICHI halvings scheduled by community vote?

It is important that the ICHI community agrees on the timing of halvings. ICHI voters who stake ICHI may prefer to halve the reward schedule sooner. ICHI voters who are providing liquidity may prefer to wait longer before halving the reward schedule. By holding a token-weighted vote, every single ICHI that is staked or used as liquidity is able to influence the outcome.

3. When is a new halving vote scheduled?

The ICHI community may schedule a halving vote at any time. However, they are typically scheduled about 2-4 weeks after a halving. This gives the ICHI community time to observe the effects of halving and make an informed decision. 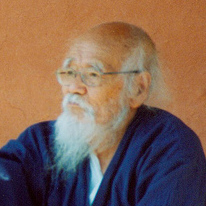